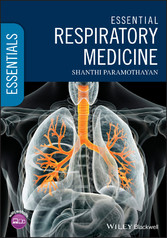 CHAPTER 2
Embryology, anatomy, and physiology of the lung

The respiratory system’s main role is to provide oxygen (O2) that is required for glycolysis, and the removal of the waste product of respiration, carbon dioxide (CO2). This involves two separate processes: (1) mechanical ventilation whereby air is moved into and out of the lungs, and (2) gas exchange across the alveolar‐capillary membrane.

The respiratory system also has an important role in acid‐base balance, the defence against airborne pathogens, and in phonation, which is essential for audible speech. The conversion of angiotensin 1 to angiotensin 11 occurs in the lungs as does the deactivation of bradykinin, serotonin, and various drugs, including propranolol.

The lungs act as a reservoir of 500 ml blood and therefore participate in heat exchange. The lungs filter and lyse microemboli from the veins, preventing them from reaching the systemic circulation.

Development of the respiratory system

The lungs are not required for respiration in utero, but start working as soon as the baby is born and is independent from its mother. The development of the lungs starts in week three of the embryonic period (3–16 weeks), continues through the foetal period (16–38 weeks), beyond birth, and into childhood. During intrauterine life, the lungs are an important source of amniotic fluid, producing around 15 ml kg−1 of body weight, which flows out via the trachea or is swallowed.

Development of the lungs

During the embryonic period, the structures of the respiratory system are formed: the trachea, bronchial tree, blood vessels, nerves, lymphatics, and the structures of the thoracic cage (Figure 2.1). In the latter part of the second trimester and during the third trimester, there is functional development, with lung maturation and the production of surfactant. Five phases of structural lung development are recognised. In the embryonic phase (3–16 weeks), at approximately 28 days after conception, lung development begins with the formation of the sulcus laryngotrachealis in the lower part of the pharynx. At 30 days, a bud, called the true lung primordium, forms from the lower part of the foregut, but remains in communication with it. The oesophagotracheal ridges then fuse to form the oesophagotracheal septum, which divides the oesophagus from the trachea. Failure of the formation of this septum occurs in 1 : 3000 births and results in the formation of a trachea‐oesophageal fistula.

The diaphragm develops in the third week after fertilisation, with transverse and longitudinal folding. The septum transversum is the primitive central tendon and forms in the cervical region and migrates downwards, therefore the innervation is from the phrenic nerve that originates from the cervical spinal cord.

Failure of one of the pleuroperitoneal membranes to close results in a congenital diaphragmatic hernia which occurs in 1 : 2000 births. It occurs more commonly on the left side and results in the intestinal contents moving up into the left hemithorax, compromising lung development resulting in lung hypoplasia. Surgical repair carries a high mortality.

Normal lung development depends on the interaction between the epithelium and the mesenchymal tissue which lies beneath it. During the pseudoglandular period of the embryonic phase (5–16 weeks), there is an asymmetrical subdivision of the lung primordium into the two buds which will form the main bronchi. The smaller left main bronchus is directed more acutely away from the trachea while the larger right main bronchus leads more directly from the trachea. The two main bronchi subdivide unequally, giving rise to three lobes on the right and two lobes on the left.

Progressive branching during the embryonic phase results in the formation of the first 16 generations of the conducting airways, composed of the trachea, bronchi, bronchioles, and terminal bronchioles. Differentiation of the epithelium derived from the endoderm, with formation of cilia in the proximal airways, occurs at 13 weeks and is controlled by the mesenchyme beneath it. This ciliated epithelium lines the entire conducting airway system and is important in host defence. In primary ciliary dyskinesia (PCD), the ciliary structure is abnormal, and the consequences are significant, as discussed in Chapter 12. The innervation of the lungs is derived from the ectoderm while the vascular structures, smooth muscle, cartilage, and connective tissue are derived from the mesoderm.

Type 1 pneumocytes, the main cells of the alveolus, are formed with very thin membranes. There is vascularization, with establishment of the capillary network very close to the type 1 pneumocytes in preparation for the gas exchange. Type 2 pneumocytes, which contain lamellar (or inclusion) bodies, also develop and will eventually synthesise and store surfactant.

At the end of the embryonic period (16 weeks), the pulmonary vessels have developed. The pulmonary circulatory system is smaller than the systemic circulatory system and is formed out of the sixth pharyngeal arch artery and a vessel plexus which originates from the aortic sac. The true sixth aortic arch is only then formed after vessels from the dorsal arch grow into this plexus and there is a connection between the truncus pulmonalis and the dorsal aorta.

During the terminal sac period of foetal development (26–38 weeks), there is further differentiation of the type 1 and type 2 pneumocytes, with progressive thinning of the alveolar walls which will facilitate gas exchange.

At full gestation, there are approximately 20 × 106 alveoli, often called ‘primitive saccules’, which mature during the neonatal period and connect to other alveoli through the pores of Kuhn. The pulmonary arterial network gradually develops a muscle layer during childhood and the capillary network extends and becomes entwined between two alveoli. The lungs continue to develop after birth until the age of 8, with the formation of a total of 300 × 106 mature alveoli.

As the alveoli in the foetus contain fluid and not air, the oxygen tension is low, resulting in pulmonary vasoconstriction and diversion of blood across the ductus arteriosus into the systemic circulation. After the first breath is taken, oxygen enters the alveoli, resulting in an increase in oxygen tension and increased blood flow to the alveoli. Nitric oxide (NO), a potent vasodilator, is secreted by the...