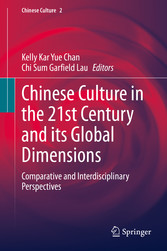 Kelly Kar Yue Chan completed her undergraduate degree and her master's degree both in the discipline of Translation and Interpretation at the City University of Hong Kong. She then finished her PhD in Classical Chinese Literature at the University of Edinburgh, United Kingdom. She is currently an Associate Professor in language and translation at the Open University of Hong Kong, teaching undergraduate and postgraduate courses on culture and translation, and literary translation. Her research interests include literary translation, women's studies in classical Chinese society, classical Chinese literature (poetry), and translation of Cantonese opera.
Chi Sum Garfield Lau obtained her Ph.D. in English Language and Literature from Hong Kong Baptist University. She is currently working as Assistant Professor in The Open University of Hong Kong. She is responsible for courses in English Language and Literature at both undergraduate and postgraduate levels. Her areas of interest include Modernism, Psychoanalytic Criticism and Comparative Studies.