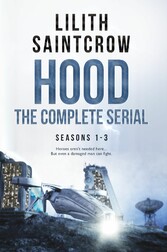 Anglene is smoldering. The galactic insurrection is supposed to be crushed. Robbhan Locke, a Second Echelon soldier, has returned to his birth planet along with other veterans, finding Sharl Notheim holding all of Sagittarius in his mailed fist for Parl Jun the Regent.

There's no redemption in homecoming. Even Marah Madán and Ged Gizabón, Robb's childhood friends, have been forced into accommodation. The Sharl won't stop squeezing until he's made maximum profit for his royal patron-and covered up all their wartime indiscretions.

If the Gran Parl Riccar can be found, he could save all of Anglene. In the meantime, Robb, Marah, and their friends are going to have to do it themselves. If they survive.

The war is over, but 'peace' is a relative term...