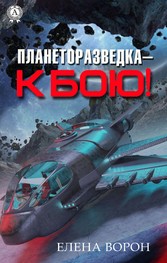 Usually scouts do not fight - this is not their business. And without that, the work of the planetary reconnaissance is difficult and dangerous; God knows what may occur on distant planets - the deadly 'fiery genie', the nest of space pirates, the horde of creatures, or the induced hallucinations. However, the guys from this reconnaissance group are forced to fight with everyone at once: with the insidious enemies of the Earth and with its treacherous allies, with saboteurs and traitors, with their own authorities and special services, with the bureaucratic bureaucracy and army disorder ... mutual assistance and loyalty to duty.