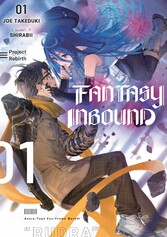 The world is in peril. Legends live, fairy tales walk, and fantasies become reality, threatening to turn Earth into a waking nightmare. When the flames of war reach Japan's shores, the vestiges of a shattered nation fail to protect what remains of its people against an unknown enemy, and all seems lost. Those left behind and those that failed to flee now live in scattered communities among the remnants of a better time.

Yu Ichinose is just another survivor, a quiet, scrawny middle-schooler trying to get by. That is, until he finds his fate bound to a mysterious, elvish girl who seems to hold the key to hope. Now, the time has come to stand and take up the sword against sorcery. To become the hero who saves the world.

The time has come to awaken the Asura Frame.